I’m sitting in my office this evening thinking about the ways in which our surroundings influence us.  Today is Independence Day in the U.S., and I hear the pops, cracks, and booms of fireworks (legal/illegal) outside my window.  It’s been a warm day for Seattle – 70s-80s – and deeply cloudy this evening, a strange sort of gloominess in the sky.  Yet the circle of light from my desk lamp casts a friendly light on my writing and this little evening moment with words connects me with writers all over the world, with writers of the past and those who will write in the future.  Words are our connections, aren’t they?  Language and thought and the poetry of conversation.

Where do you like to write?  Whether in a nearby coffee shop, at the kitchen table, or (if you’re lucky enough) in a studio of your own, the place around you becomes a part of your writing. Right?  This week I wrote on the train, in a waiting room before an appointment, and sitting in a bus shelter waiting for my bus.  Each time my first thought was, I wish I was home at my desk writing!  But there I was, balancing my writing pad on my lap or scribbling in a notebook with my pen while sitting among strangers.  Then I might overheard a snippet of conversation, or I’d see two people talking together, something that would jump into my imagination and become part of my writing.  It was wonderful and strange at the same time.

Have you ever heard this quote?

“The art of writing is the art of discovering what you believe.” – Gustave Flauber

I hope you will just take a few minutes, whether you are on the bus, at your desk, or perhaps sitting at the beach or in a park enjoying these beautiful summer days – wherever in the world you call home, and think about this:  what is your most passionate belief?  How would you want to change the world, if you had the power to do so?  Consider this: If you had to list the five top things that you believe in, what would they be?  Perhaps you might jot down this list, but remember, you don’t have to share that list with anyone.  You can keep it in a drawer or crumple it up and toss it into the wastepaper basket.  But having thought a little about your most important beliefs may influence your writing in ways that you might never expect! 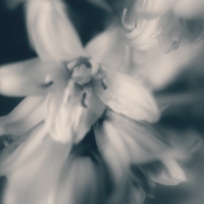 Writing Tip – Taking a title and making a story

In the past few weeks I’ve been experimenting with a new exercise.  Open a book of short stories, turn to the Table of Contents, and write down one of the story titles.  Then start your own story using the title of the story you wrote down.

Although you’d think it would be difficult to write a story with only the title to go on, this exercise has given me some unique and engaging results.

The Lottery Ticket (after the story by Anton Chekov)
Theresa Barker

Emile and I consented to buy the lottery tickets together.  Whatever happened we would split the winnings half-half, and since we both put in equally to the purchase, we thought it was simple, that nothing could go wrong.

But then there was the winning ticket that wet November night.  Emile had bought it with our pooled funds at the convenience store on his block.  He brought it to work the next day and when the winning numbers were announced we checked the ticket together, like we always do.

Imagine our surprise when all the numbers checked out.  A match!  We did not believe it at first.  You know how these things go and how much the odds are against winning.  No one more than us.  But still, it was there, every one of the thirteen digits a match.  What could we say?

It should have been simple. Emile and I splitting the pot half-half. But first there was the disagreement about whether to take the lump sum (less) or the annual payments (more). We had to agree, there was no doing it both ways. Then there was the part about if Emile should get more because it came from his purchase at the store in his neighborhood. Finally, I pointed out the lottery pool was my idea in the first place and perhaps I should receive a larger share.

That led to therapy in which we both examined childhood, school traumas, lost boyfriends/girlfriends. In the end it was just too expensive, too complicated, too deadening. We gave the ticket to a charitable group that provides eyeglasses to orphans in distant countries and they were happy for the windfall. Emile and I didn’t speak again. We work in different locations of the same company. We never buy lottery tickets together.

After you have tried this exercise a few times, you may find, as I did, that I started to think about story titles a little differently.  Practicing with already-set story titles has helped me to explore new ways of finding my own story titles.  I’d love to hear what you think!

Thanks for joining me in thinking about beliefs, story titles, and summer.  Happy writing!

What are your thoughts? Cancel reply